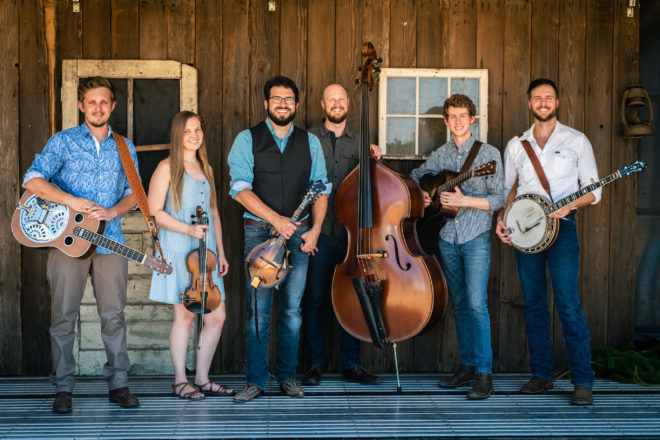 One of the top emerging artists in bluegrass, Door County resident Nick Dumas will perform with his band, Branchline, to open the White Gull Inn’s winter concert series Nov. 30.

Dumas was raised in a musical family and developed his bluegrass chops with his family band, Three Generations. In 2014, Special Consensus hired him, and his first performance was at the White Gull Inn. He now resides in Door County and has toured the globe with Special Consensus and recorded two albums, including one that was nominated for a Grammy and was also the IBMA Album of the Year in 2018.

Branchline comprises Dumas on lead vocals and mandolin, the IBMA Momentum Award–winning Carley Arrowood on fiddle and vocals, Daniel Thrailkill on guitar and vocals, Will McSeveney on banjo, and Jed Cordwell on bass.

The series will continue with Third Coast Bluegrass on Jan. 11 and Johnsmith and Dan Sebranek on Feb. 22.

Get tickets and more information about the concerts and optional dinners by calling 920.868.3517 or visiting whitegullinn.com. If they’re still available, concert tickets can be purchased at the door, but reservations are recommended.