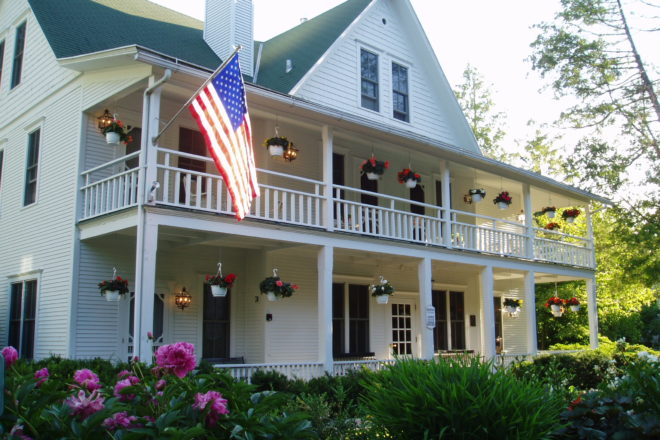 Like a scene plucked from a Currier and Ives painting, the village of Fish Creek is known for historical buildings that tell the story of the community’s past.

One of them, the White Gull Inn, will be the focus of the next installment in the Gibraltar Historical Association’s Gibraltar Talks series Sept. 22, 7 pm, when Meredith Coulson-Kanter will present “Fifty Years in the Family” and share how her family came to own the inn and restaurant.

In addition to telling how the White Gull Inn’s cherry-stuffed French toast earned the title of Best Breakfast in America and how its traditional fish boil, first served in 1959, was one of the first commercial fish boils in Door County, Coulson-Kanter will share what it was like to grow up at an old inn at the end of Fish Creek’s Main Street.

Of course, no story of a historical property would be complete without a chronicle of the never-ending restoration that’s needed to keep its buildings in pristine condition while maintaining the illusion that nothing has changed in more than a century. Today the White Gull Inn’s properties include the Main Lodge, Cliff House, Welcker House, Henriette’s Cottage, Stowaway Cottage, the Foster Olson House and Lundberg House. Though the properties have been updated over time, it has been done in an understated manner that preserves the history and leaves visitors to guess whether something was built in 1896 or as part of a later renovation.

The program will be held at the Old Town Hall, 4176 Maple St. in Fish Creek.