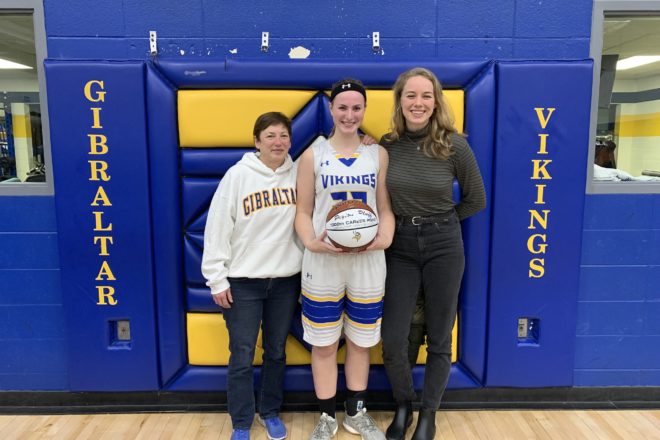 Nearly five years to the day she lost her father to cancer, Payton Pluff had a moment with him on the court at Gibraltar High School Thursday night, scoring the 1,000th point of her career in a home game against Peshtigo.

“It was kind of cooI to get it around that time because it made it feel more like he was here,” Pluff said. Her father, Randy Pluff, died of brain cancer in 2013. “I  was thinking about him a lot. When I was little, he and I would be out shooting baskets. I was helping him coach, and always talking about the day when I would score my 1,000th point, and it was a dream we had together.” 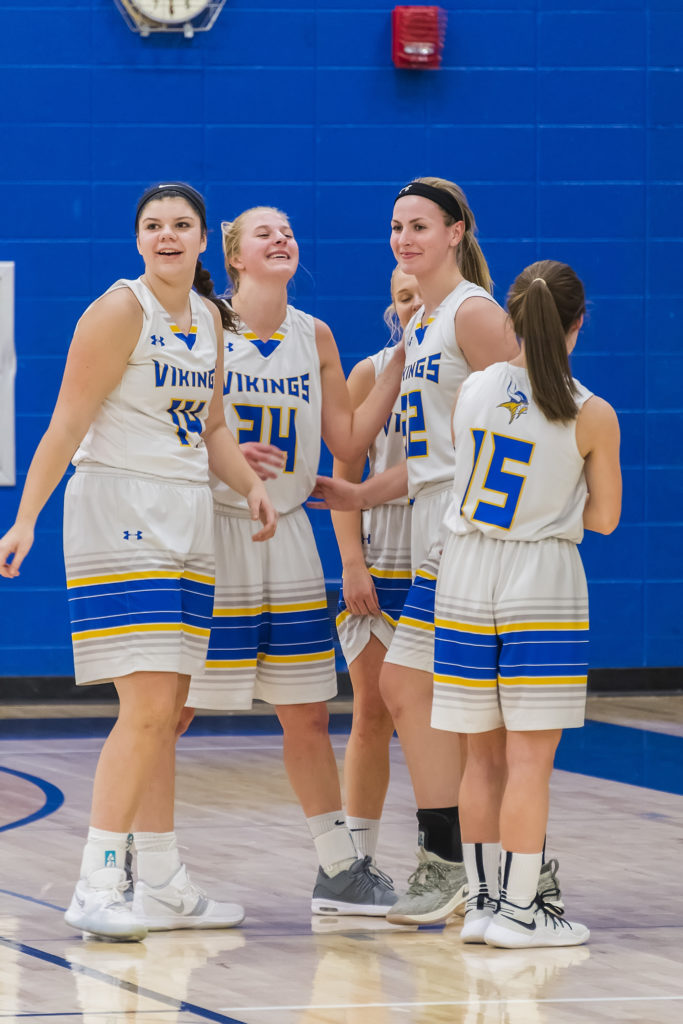 A packed house turned out for Pluff’s big moment. After scoring from her preferred spot on the right block off a perfect entry pass from Kayla Follingstad, the crowd erupted and the game was stopped.

“It was almost surreal, like I don’t know how to describe it,” she said, clutching the commemorative basketball given to her by coach Josh Kropuenske. “It was the most amazing feeling I’ve ever had, just knowing all these people came out to support us.”

Pluff became the third Gibraltar girl to score 1,000, joining Debbie (Anderson) Kordon and MaKenna Ash. At her current pace Pluff could become the school’s all-time leading scorer in February. Ash tallied 1,177 points by the time her career ended in 2015, while Kordon scored 1,048 from 1978 – 1982. Dave Voskuil is the only Gibraltar boy to score 1,000, netting 1,464 points in three varsity seasons from 1968 – 1970, a total that still ranks third all-time in Door County.

Pluff finished with 12 points and 8 rebounds as Gibraltar cruised past Peshtigo 54 – 42. Karlee Kita turned in a big night in the post for the Vikings as well, with 18 points and 16 rebounds. Follingstad scored 9 points, and point guard Abbi Sitte pitched in 9 points, 5 rebounds, 4 assists and 5 steals.