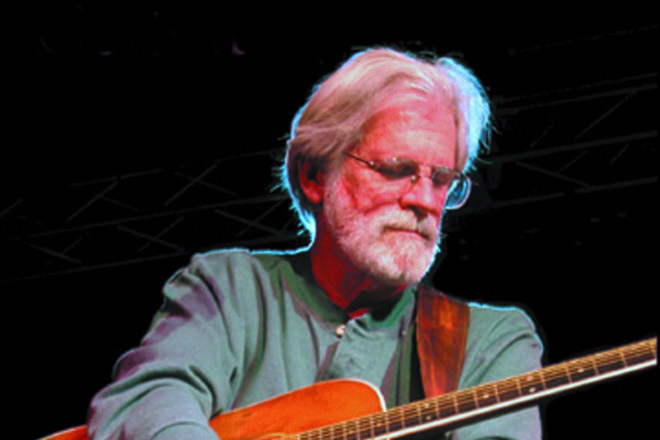 Williams is touring in support of his new CD, Far Away, Long Ago. He refers to the record as “old wine in new bottles,” as it features songs that are a mix from past and present, original and cover, traditional and brand new.

It is no cliché to say that Williams’ music defies genre labeling, as his style has evolved from a lifetime of musical involvement ranging from beatnik trumpeter and folk revivalist banjo player to country, rock and R&B electric and steel-guitar player and chamber music composer.

Williams spends the majority of his time touring the U.S., playing major music festivals and venues, which have included The Newport Folk Festival and Chicago’s Folkstage, hosted by Rich Warren of NPR’s nationally syndicated show, The Midnight Special.

Of him, Warren said, “Dazzling picking, expressive voice, unique and interesting songs. He is a showman in the best sense of the word and just wowed our audience. I think they would have followed him anywhere.”

Though sometimes thought of as a singer-songwriter, audiences should not expect a night of quiet introspective ballads. Williams is known for his entertaining and high-energy performances. He often concludes his shows with a medley of songs and stories that span the varied styles and voices of his musical past.

Tickets are $20 cash at the door. Beer, soft drinks, other miscellaneous low-alcohol drinks, and desserts may be purchased at the show. Woodwalk Gallery is located at 6746 County Rd. G in Egg Harbor. Call 920.629.4877 for reservations. For more information visit woodwalkgallery.com.