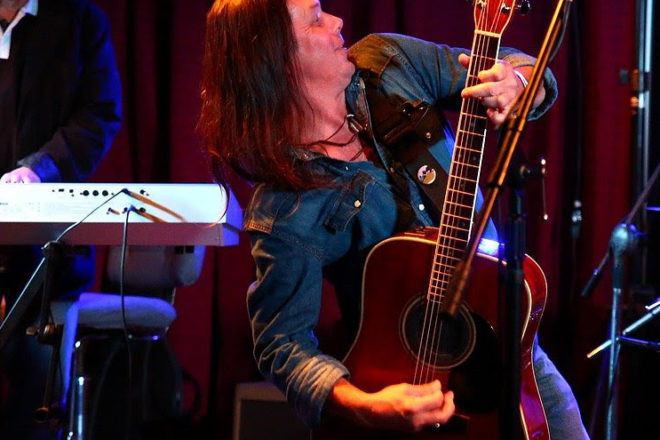 With a career that has spanned four decades and traversed more than a million miles, versatile singer-songwriter Jimmy Davis is the embodiment of the much too often used term “troubadour.” This Memphis native musician, who first graced local stages at age nine, brings an infectious enthusiasm to every performance.

Davis’s songs have been recorded by Martina McBride, Restless Heart, Tommy Alverson, Reba Russell, Walt Wilkins and more. As a backing vocalist, he has lent his extensive vocal talents to projects by numerous recording artists. Davis was named “Premier Male Vocalist” five times by the Memphis chapter of the National Academy of Recording Arts & Sciences and was well loved by local audiences.

In 2006, he released the bestselling Campfire Songs, a 25-year collection of songs and ballads written around his travels. In 2011 Davis agreed to join the Texas group, Walt Wilkins and the Mystiqueros. He relocated permanently to Texas Hill Country in 2012.

Davis performs at Fishstock on Aug. 26, 7 pm. Tickets are $20 and can be purchased at fishstockmusic.com.