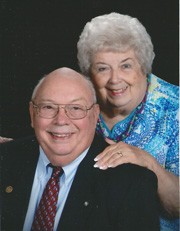 Howard and Patty Williamson, Baileys Harbor residents for most of the year since 1992, are celebrating their 60th wedding anniversary this month with open houses at Zion United Methodist Church and at their winter home in St. Louis, Missouri. Howard retired in 1997 from the Ritenour School District in suburban St. Louis, where he spent 34 years as director of guidance at the high school, counselor and assistant principal at Ritenour Vo-Prep and vocational counselor with the district’s GED and ABE programs. Patty spent 27 years as director of public relations for three suburban school districts and as deputy assistant director of the MCC, which monitored the school desegregation program in the St. Louis metro area.

Howard continues to enjoy contact with students and faculty as a substitute teacher in the Gibraltar School District. Patty is the author of four books, including two based in Door County and is a feature writer for the Peninsula Pulse and Door County Living magazine. They are active volunteers with their church, American Folklore Theatre and Door Shakespeare.

Their children are: Michael (Theresa) Williamson of Cypress, TX; Lynn (Roy) White of Maryland Heights, MO; and the late Lisa (the late Tim) Crowder. They have nine grandchildren and nine great-grandchildren, with another great-grandson due in May. 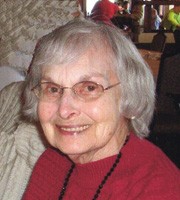 Mary Louise Claflin, 88, of Sturgeon Bay, died peacefully at the Golden Living Center on April 12 with her daughters at her side. Funeral services were held April 17, 2014, at Corpus Christi Church. Burial will be in Stevenson Cemetery. The family would like to thank the Alzheimer’s unit staff for the kind and caring support that was given.

Jeffrey Paul Ginter, 43, of Sturgeon Bay, and formerly of Illinois, died unexpectedly at his home on April 11, 2014. According to Jeffrey’s wishes, there will be no public funeral services.

Arrangements are in the planning for a Funeral Mass on Thursday April 24, 2014, at Stella Maris Parish – Baileys Harbor site. A complete notice with the final plans and times will be available in the next several days. Caspersonfuneralhome.com. 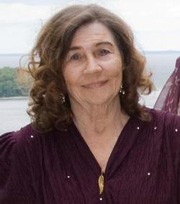 Dorla Marie Cihlar, 84, of Sturgeon Bay, died April 12, 2014, at Anna’s Healthcare. Private family funeral services will be held at Huehns Funeral Home in Sturgeon Bay. Dorla will be laid to rest at Bayside Cemetery. Huehns Funeral Home of Sturgeon Bay is caring for the Cihlar family and will publish a more complete life story obituary in the near future. Online condolences and guestbook signing may be offered on Dorla’s tribute page at huehnsfuneralhome.com. 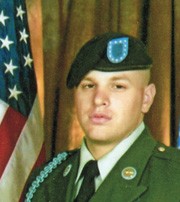 Erick Matthew Kettering, 23, formerly of Sturgeon Bay, died on April 9, 2014, from injuries suffered in a car accident in Kentucky. Erick graduated from Sturgeon Bay High School in 2009. After graduation he enlisted in the U.S. Army, following his brother and sister into the Armed Services. Erick served from 2009-2013 and served a tour in Afghanistan. He was part of the U.S. Infantry- 1st Infantry Division – The Big Red One and he received several awards. After Afghanistan, he was stationed at Fort Know, KY and was discharged from there. He was in the process of continuing his education in Louisville at the time of the accident. A funeral was held April 16 at the Forbes Funeral Home, Sturgeon Bay (forbesfuneralhome.com).

Gregory D. Broeckel, 39, of Sturgeon Bay, died April 9, 2014. Greg graduated from Sevastopol High School in 1993. He had worked for many years as a bartender at Bayside Tavern in Fish Creek and Husby’s in Sister Bay. A service was held April 15 at Huehns Funeral Home, Sturgeon Bay. Online condolences and guestbook signing may be offered at huehnsfuneralhome.com.

Anna Marie Price, 84, of Sturgeon Bay, died Wednesday morning, April 9, 2014, at Golden Living Center–Dorchester. Arrangements are pending at this time and have been entrusted to the care of Huehns Funeral Home in Sturgeon Bay. Online condolences and guestbook signing are offered on Anna’s tribute page at huehnsfuneralhome.com.