Sallie J. Heidler, 79, of Sister Bay, WI, formerly of Oak Brook, IL, died in her beloved Door County home on Nov. 4, 2014. Visitation will be held Saturday, Nov. 8, 2014, from 11 am to 1 pm at St. Luke’s Episcopal Church, 2336 Canterbury Lane, Sister Bay. A funeral service will follow at 1 pm. Memorial donations may be made to Unity Hospice Care or the Kappa Kappa Gamma scholarship fund. CaspersonFuneralhome.com.

A funeral Mass at Stella Maris Parish – Baileys Harbor Site is being held on Tuesday Nov. 11, 2014. A complete notice can be found at caspersonfuneralhomes.com. 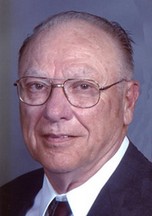 Peter Jauquet, 81, of Namur, died at his home on Nov. 2, 2014. Peter worked on the family farm all of his life. He also worked at Schreiber Foods in Green Bay for 41 years. Funeral services were held Nov. 6, 2014, at St. Francis and St. Mary Parish, Brussels, with entombment in the Shrine of Good Shepherd Mausoleum, Green Bay. Special thanks to Unity Hospice and Bena Armstrong of Home Instead Senior Care.

Violet died Nov. 1, 2014, with her family by her side at Door County Memorial Hospital from complications of heart disease.Violet is survived by her husband Jacob; Daughter Melanie (Craig) Hass and grandson Cody Hoffmann of Baileys Harbor; step-son David Kodanko (Idaho), grandchildren Lauren, Jacob, Jeremy (Jessica), Kelsey; step-daughter Bonnie (Toby) Weckler, Sturgeon Bay, grandchildren Stacie and Tim, numerous nieces, nephews and cousins. Please join us in celebration of Violet’s life on Saturday, Nov. 15, for visitation from 10-11 am and service at 11 am, at the First Baptist Church in Sister Bay.

Rita A. Carmody, 60, of Carlsville, died Nov. 1, 2014, at Aurora BayCare Medical Center in Green Bay after a short illness. She was hired by Gibraltar Schools to be their Elementary School Librarian in 1976. Funeral services were held Nov. 4, 2014, at Stella Maris Parish Egg Harbor site. Burial will follow at the church cemetery. 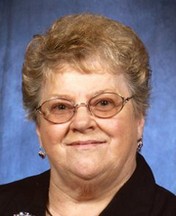 Judith Ann Wautier, 69, of Brussels, died at Algoma Long Term Care on Oct. 31, 2014. Judy worked at Doerr Electric and Emerson Motors for many years. Most recently, she had worked with Curative Care and Specialized Services where she touched many lives. Funeral services were held Nov. 5 at Forbes Funeral Home and St. Francis & St. Mary Parish in Brussels. Special thanks to the staff at Algoma Long Term Care for the wonderful care and support.

Robert Joseph Ekberg, 81, of Sister Bay, died on Oct. 30, 2014 at Golden Living Dorchester in Sturgeon Bay. A celebration of Bob’s life will be held on Friday, Nov. 14, 2014, at 3 pm at the Ephraim Moravian Church. A memorial fund is being established in Bob’s memory in lieu of flowers. Caspersonfuneralhome.com.

James Anthony Gau, 86, of Washington Island and more recently of Mena, Arkansas, died on Oct. 28, 2014. During WWII, at age 17, he joined the Navy and served as an engineer on the submarine Pomfret in the South Pacific. After a 32-year teaching career in Illinois, James and his wife, Marilyn, retired on Washington Island. He served on the island’s school board and as school administrator for several years. There will be a graveside service at the Washington Island Cemetery at a later date. In lieu of flowers, donations can be made to the Door County Humane Society in his memory. Caspersonfuneralhome.com.