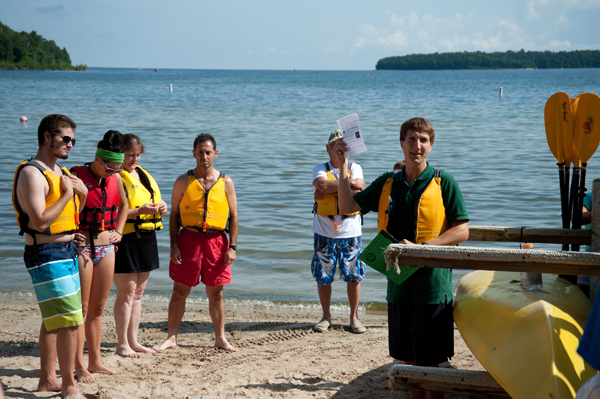 When the master plans for Door County’s state parks were completed decades ago, they didn’t make room for some of today’s more popular activities, such as kayaking, off-road biking, and fat tire biking. Photo by Katie Sikora.

Door County’s state parks have not gotten a bureaucratic facelift in a long time. Master plans outline the long-term goals for state-owned land, from state parks to one-acre boat launches. But the most recent completed master plan in Door County was completed 30 years ago at Potawatomi State Park.

The Department of Natural Resources (DNR) is going through changes to the master plan process that could consolidate and limit the specificity of the planning process. Instead of a new plan for each individual park, Door County’s parks could be grouped in with all state land in Door County and parts of Marinette, Oconto and Shawano counties.

“Bigger picture, statewide, we have a lot of planning that needs to get done,” said Diane Brusoe, section chief for master planning with the DNR.

Many master plans do not mention activities such as kayaking or fat tire biking, which have become more popular in parks today. Without being included in the master plan, it can be difficult for a park to accommodate those new activities, whether they are carried out by the state or local citizens.

Preston Cole, member of the Natural Resources Board (NRB), voiced his concern with the bureaucratic timeline for users that want to improve their parks on their own initiative at an NRB meeting on March 1. He cited a story where a local group wanted to donate funds to build a new trail but couldn’t because of master plan constraints.

“You had a bunch of residents who wanted to give some money or put a trail in and they had to go back through a major process,” said Cole. “What are the solutions for a very caring public that would like to add value to the outdoor recreation experience without taking 18 months?”

State law requires the DNR to review master plans every 15 years in a process that includes notification of interested parties and solicitation of public comments. The department has not kept up with these reviews or the development of master plans for its properties.

“The content and the requirements would need to be the same,” Brusoe said. “It’s just the way that we’re grouping them would be different.”

The roughly 70 properties that require a master plan would be narrowed down to 16 regions based on ecological and recreational activities. Door County falls under the Northern Lake Michigan Coastal region, along with portions of Menominee, Oconto and Shawano counties.

“Our planning team, in thinking this through, believes that this approach will reduce the complexity of the planning process, it’s going to standardize what we include in a plan, it’s also going to condense the number of plans that I need to bring before the board for approval,” said Brusoe to the NRB. “A more strategic, comprehensive approach allows us to better prioritize our resources and dedicate our staff where they’re most needed.”

Members of the NRB asked Brusoe how the regional planning process would address some of the struggles that park managers and users deal with.

“It sounds to me like we’re going to set some more general guidelines on the master plan,” said Greg Kazmierski, NRB member. “But then what happens if we want to include… something down the road that we don’t know exists at this point in time that might be an added activity. Is it going to be difficult for us to move forward and incorporate that new activity?”

“I think we can try to structure these plans in a way that we can give some deference back to the programs to make that decision,” Brusoe responded. “If we can set some sideboards about what are allowable uses on a particular property, maybe we can give that back to a program to make a decision as opposed to bringing every possible use back to the board.”

NRB chair Terry Hilgenberg views the regional planning process as a way to prioritize the properties at a time when the DNR is trying to do more with fewer resources.

“With less people and bigger jobs we have to figure out ways of how we can be more efficient and more effective,” said Hilgenberg. “We have over one million acres and we don’t have the manpower to properly maintain some of that. We need a process where we determine the priorities of where to invest our money and future projects.”

Hilgenberg doesn’t think the regional planning process will dilute the value of the master plans, but rather provide the DNR with better information on where to allocate its scarce resources.

“The concept of regionalizing this process is one that is of interest to the board and the department,” said Hilgenberg. “When we see the real rollout of how it’s going to happen then we have to make a determination.”

Brusoe hopes to answer these and other questions before presenting the final concept to the board this summer for approval.

Potawatomi State Park has the most recent master plan, published in 1987. Rock Island is still working off the plan from its original admittance into the state park system back in 1965. It references a causeway built between the island and Washington Island and the removal of Chester Thordarson’s estate.

The antiquity of these plans can be challenging for park managers and users of the park. The master plan outlines the long-term direction for a property, but it can limit new ideas or needs for the park. It can prevent construction of new trails or buildings as they are needed and it can ostracize certain uses that simply didn’t exist back when the plan was made.

The Gibraltar Cross Country team uses Peninsula State Park for training and as host to the Packerland Conference Championships. While most of the course is on the park’s black loop trail, the entrance and exit near the school is not recognized as an official trail in the park’s master plan.

“There’s no maintenance that can be done because [DNR] feels it would be akin to just going and clearing a path since it’s not designated in the master plan for trails,” said Jake Danen, assistant coach for the team. “Because of the conditions of the roots and trails, coaches are being concerned about the safety of their athletes. Should schools start putting their foot down on that, we could lose the [championship event] because of our inability to do maintenance.”

“There are a variety of reasons master planning has been delayed in Door County,” said Erin Brown, property supervisor at Potawatomi State Park. “Some efforts have been pushed to new properties that needed master plans. Other, high profile projects have come up that have pulled planning staff.”

State parks are not the only places that receive master plans. State trails, forests, recreational areas and natural areas are all supposed to have a master plan. With just five planners managing the plans for all of these properties throughout the state, and the development of a plan sometimes taking years, staff can be spread pretty thin. 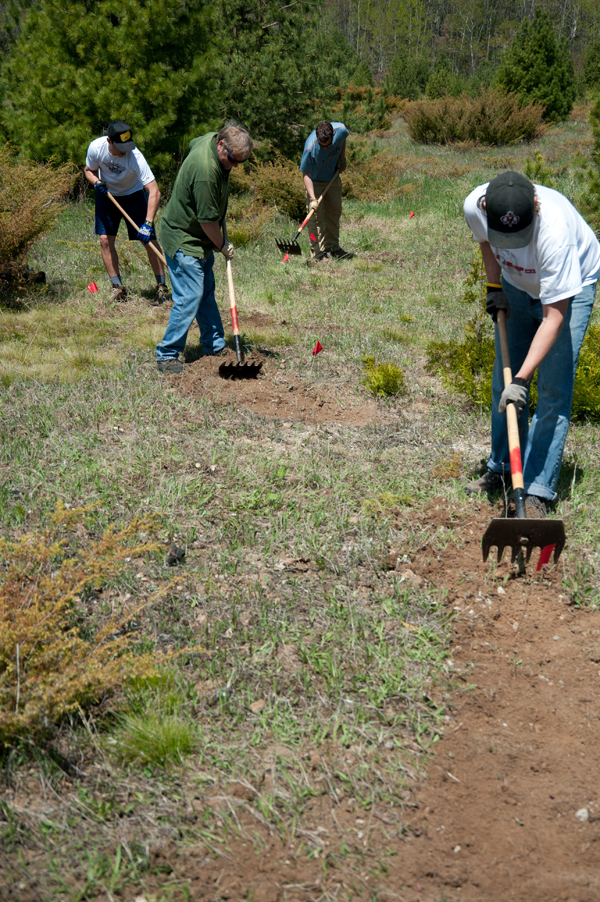 “Anything that’s more current or relevant to the property, in terms of guiding it, is good to have,” said Bishop, adding that a state park does have ways to navigate restrictions in the master plan through amendments and variances.

“The park master plan hadn’t been redone since the 1960s,” said Carolyn Rock, former naturalist at Whitefish Dunes now working at Gooseberry Falls State Park in Minnesota. “Since they hadn’t updated it they had to do this amendment so they could deal with the beech bark disease impact to the park.”

The amendment and variance process is significantly less work-intensive than a complete new master plan. It can provide the park the opportunity to do something otherwise not allowed in the working master plan for safety and maintenance purposes.

“Doing that sort of thing you have to get that sort of permission,” said Rock of the beech logging and forest management. “That’s why master plans are set up that way. When you have a changeover of staff, it gives you a guiding document of how the land is to be managed, answering the question, what do we want the landscape to look like?”

The six-hole short golf course constructed at Peninsula State Park was done through a variance approved in 2013. Other state parks have reclassified trails, constructed cabins and managed vegetation through variances.