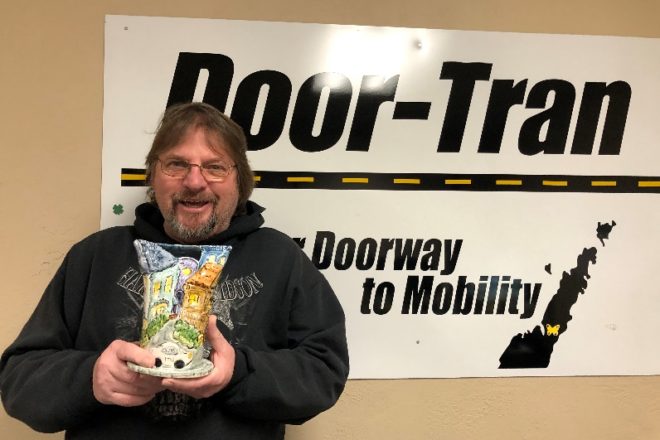 Door-Tran volunteer driver Mike Skippon has received the Max and Helen Israelite Volunteer of the Year Award, which was presented in October during the ITNAmerica virtual retreat and meeting. ITN (Independent Transportation Network) is a nonprofit that facilitates transportation for people 60-plus and those with visual impairments after they’ve limited or stopped driving.

Door-Tran nominated Skippon for the award. He’s provided more than 560 one-way rides, donated 720-plus hours and traveled more than 11,200 miles – in his own vehicle – since he began volunteering in 2017. He was Door-Tran’s 2018 Driver of the Year and donated the most time of all Door-Tran drivers in 2019. For 2020, he remains among the top five drivers for rides, miles and hours.