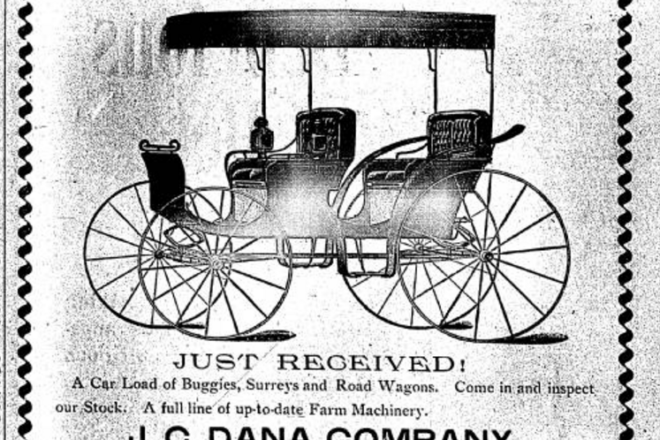 The following is the form of the petition to be circulated among the ladies.

TO THE HONORABLE, THE TOWN BOARD OF THE TOWN OF STURGEON BAY:

We. The undersigned ladies of Sturgeon Bay, earnestly petition you, that you grant no licenses for the sale of intoxicating liquors in the Town of Sturgeon Bay.

We urge the granting of this petition for our own sakes, because our sex are great sufferers; many of us are wives, mothers and sisters whose homes have been darkened and whose lives saddened by the sale of intoxicating drinks at the saloons in the village.

We urge you to grant this petition for your sakes; that the consciousness may follow you through life, that in this great struggle for the right, your influence and aid come to the rescue.

We urge the granting of this petition in the name of Him who taught us to pray, “Lead us not into temptation” – that you may withdraw, as far as in your power, the temptation of the intoxicating cup from the people of Sturgeon Bay.

It would be a good idea, now that we are a full blown city, to have a few lanterns procured, and streets lighted on dark nights. It would not tell well “for the most important city” of Northern Wisconsin to go without light, when the moon is out of sight, and the stars behind the clouds. Give, oh, give us light!

Quite an exciting runaway occurred during Friday afternoon. A team belonging to a resident of the town of Jacksonport, and which had been left standing at the brewery, took fright at something and started for this city on the run. They came straight up Cedar street and attempted to turn in at A. Zettel’s, where their owner had been accustomed to keep them while in town, but missed their bearings and ran into the corner of Fred. Zettel’s barber shop, smashing in a window and nearly taking the whole side off the building. Neither the horses nor the contents of the wagon were seriously injured but the owner of the team had to put a new window in the barber shop as a result of the affair.

PIERRE VIRLEE CO’s Best, a new patent flour has just been placed on the market by that enterprising firm. It may be found on sale at Falk & Buchan’s, M. Cochem’s, F. J. Shimmel’s and Smith, Bassford & Co.’s. It is manufactured from the best hard wheat, and is recommended highly by all who have tried it. Beware of imitations, see that “Brussels Mills” is on every sack.

City Power Plant to be Operated Day and Night.

After about the middle of May the city power plant will be operated the full 24 hours each day for the purpose of furnishing power for electric motors.

It is expected that electric power will be used quite extensively in the city after the plant commences to run the full 24 hours.

Sheriff Eli Stegman is in a serious condition at the Egeland hospital as a result of being attacked by Mrs. Ana Harbers, an insane person whom he was taking to the train on Friday afternoon.

Mrs. Harbers, who was sometime ago permitted to return to her home in this city from the asylum in Wauwatosa, had been acting queerly and on last Thursday neighbors complained to the authorities that they were afraid she might do some injury. Sheriff Stegman and Chief of Police Fritschler went to the house to investigate and found the doors barred against their entrance. On breaking into the room the woman attacked them, and being a large and powerful person they had considerable difficulty in overpowering her. It required the efforts of three men to take her to the county jail for keeping until she could be returned to the asylum.

On Friday afternoon Sheriff Stegmann, accompanied by the woman and her daughter, started for the depot, the ladies occupying the back seat and the officer standing on the running board of the car. When the sheriff took his eyes off from Mrs. Harbers she whipped a hatpin out and began to jab it into the back of the officer’s hand. Jerking his hand away he lost his balance and fell off the rapidly moving car, striking his head with great force on the macadam roadbed.

The attending physician pronounced the injury a severe concussion of the brain. Mr. Stegmann has since been in a comatose condition, at times appearing quite normal and again sinking into a semi-conscious state.

Mrs. Harbers was on Saturday morning taken to the hospital by Deputy Sheriff Frank Starr.

The government sub-chaser 432 will arrive here shortly from Milwaukee for an overhauling at the yards of the Sturgeon Bay Drydock and Shipyard company. Word was received Wednesday by Joseph Wolter, manager that the government craft would be sent to the local yards.

Ewald Schmock Will Have Resort Ready By June 15

Work is under way on another new resort hotel for Door county. The hotel, to be known as Glidden Lodge, is being erected on Glidden Drive (about 11 miles northeast of Sturgeon Bay) by Mr. and Mrs. Ewald Schmock and together with three cottages and the Schmock home will provide accommodations for about 60 guests.

The hotel is named Glidden Lodge as a tribute to O. S Glidden, who during his lifetime took such great responsibility in the development of that section of the Lake Michigan shore.