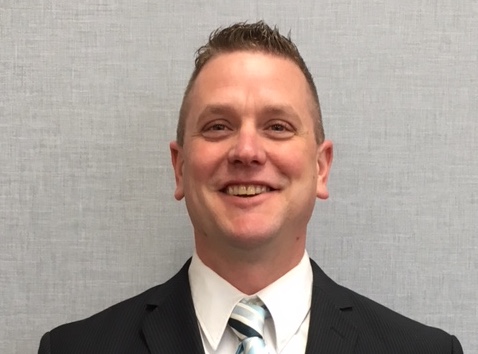 Aaron LeClair knew from an early age that he’d end up in the service – he just had his eye on the wrong one.

“Since I was a kid, I was convinced I was going to go into the Marine Corps,” he said.

Asthma and knee surgery scuttled that plan and left LeClair discouraged, but a nudge from Donnie Martinson convinced the 1997 Sevastopol graduate that another type of service uniform might be a good fit.

“He talked to my mom when I was trying to figure out what to do next and invited me to a firefighter training,” he said. “I was hooked, and from there, I was focused on becoming a fireman. As simple as it sounds, I just loved the big, cool trucks and flashing lights.”

In his high school days at Sevastopol, LeClair was a good, but not great student. As it is at most schools, much of the focus was placed on college prep.

“It seemed if you weren’t going to college, you didn’t exist to a lot of people,” LeClair said. But he credits former Sevastopol English teacher Linda Thompson with knowing how to motivate him. “I give her a lot of credit for who I am today.”

LeClair’s journey is an important reminder that there’s more than one path to a successful career.

After high school, he bounced around to Appleton, Madison and Sarasota, picking up training and courses everywhere he went, and eventually settling down in Milwaukee with his future wife, fellow Sevastopol graduate Tara. She encouraged him to go to school to become an emergency medical technician.

“I learned a lot on the north side of Milwaukee, wearing a bullet-proof vest on ambulance runs,” he said. “That gave me confidence.”

It wasn’t long before the pull of their hometown brought them back to Door County, and he stepped into larger roles in public service.

“Our long-term goal was always to get back,” he said. “Growing up here, you just want to get out, but as you get older, you realize how good things are here. And when you have kids, you want them to have that same experience.”

At age 24, LeClair ran for the Jacksonport Town Board and won, serving for six years. He became a SWAT team medic, joined the fire department and rose up the ranks with the Door County Emergency Services Department. He ascended to the top job in 2018, overseeing a department that’s responsible for helping his neighbors during their scariest moments.

“I don’t have a formal education,” he said. “I’ve never attended a four-year university. It’s all come through the technical-college system and specialty classes.”

LeClair has followed an uncommon path, but it took him to a job he loves and an important role in the community. He’s even built a home for his family not far from where he grew up.

Oh, and he still gets to drive cool trucks and flip on the flashing lights.