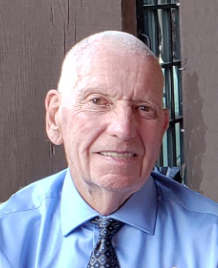 In the late 1950’s, Don moved to Algoma with his parents and helped establish the first Piggly Wiggly Store in Kewaunee County.  He married Beverly Jane Nelson on October 13, 1962, at Forest Lutheran Church in Carnot, WI and they had four children.

In the early 1970’s, Don and his wife established Wienke’s Market. Don’s untiring hard work ethic proved to make his business successful with the help of all his loyal employees through the years.  Don was a devoted husband for almost 59 years, caring for his wife until the end.

A celebration of life will be held at Wienke’s Market (292 County S, Algoma) on Saturday, Oct. 16, 2021 from 2:00 – 6:00 pm.   A memorial fund has been established in his name.  Forbes Funeral Home is assisting the family with arrangements.

Special thanks to Unity Hospice for their wonderful care, Bob Steiner for his spiritual guidance, and special friends of the family, Hope Impullitti and Janel Kettering.

A passage his granddaughter Greta said on Wednesday before his death: “Surely goodness and mercy will pursue me all the days of my life, and I will live in the house of the LORD forever”. Psalm 23:26.