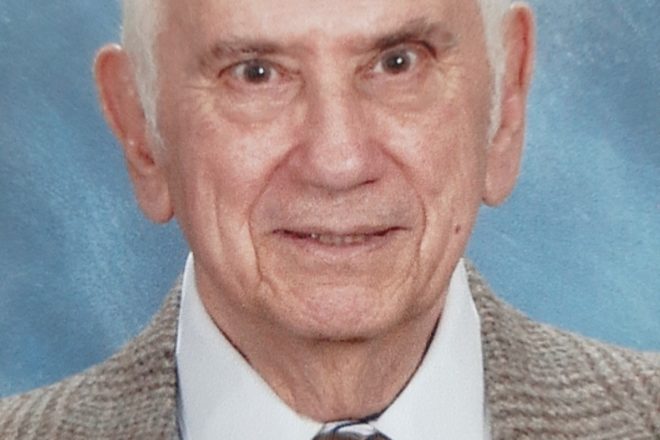 Born on July 27, 1930, in Kenosha, he was the son of the late John Batista and Catherine Madeline (Martino) Flesia. Shortly after he was born, they moved to Mellen, WI, where his family owned and operated Sunshine Dairy Farm. Their farm was the first to get pasteurized milk into northern WI. Donald took a great deal of pride working with his family on their farm.

Donald earned his bachelor’s degree from Northland College in chemistry. He worked the majority of his life as a farmer until his retirement.

Donald served in the United States Army in Korea from February 2, 1954, until he was honorably discharged on December 6, 1955.

He attended St. Joseph Catholic Church in Sturgeon Bay, WI. His boys, John and Joe, were his pride and joy. Ensuring that they were taken care of and happy was of the utmost important to him. He enjoyed taking the boys to Sunshine House and spending time there. He was a quiet gentle man who wanted to help whoever he could. Up until the very end he continued to try help his friends at Azura Memory Care, a true caretaker at heart.

He was preceded in death by his sister, Florine Klatt; and his son, Joe Flesia.

Private services were held due to the current health pandemic at All Saints Cemetery in Pleasant Prairie. In lieu of flowers, memorials to the Sunshine House, 55 W Yew St, Sturgeon Bay, WI 54235, would be appreciated by the family.