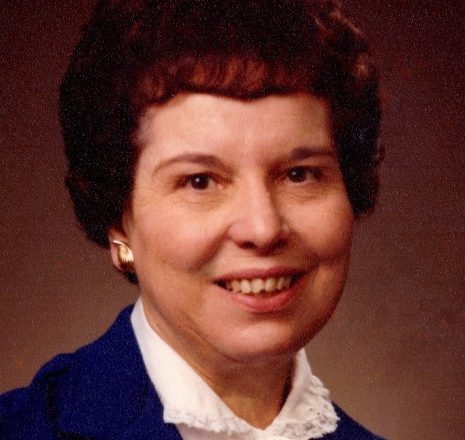 Doris Emma (Birk) Hunsader, 96, formerly of Sturgeon Bay, died Monday, September 26, 2016 while at Algoma Long Term Care where she had been living the past five years.

“Smiley,” as she was known by many at Algoma Long Term Care, was born May 7, 1920 in Detroit, MI. Doris moved to Charlevoix, MI where her mother, Merettia, owned & operated a restaurant. Her family moved to Sturgeon Bay when she was eight years old. Doris graduated from Sturgeon Bay High School in 1938.

She was united in marriage to Edward George Hunsader, Sr., on February 8, 1940 in Sturgeon Bay. Over the years, Doris was employed at Pleck’s Dairy, H.C. Prange Co., and Bunda’s Dept. Store, all in Sturgeon Bay. She and Ed lived a Christian life and spent much of their married years volunteering with Girl Scouts and Boys Scouts. They were members of St. Joseph Catholic Church in Sturgeon Bay where Doris volunteered with the Alter Boy Society and was a member of both, the Catholic Daughters of America and the Christian Mothers. Doris also volunteered at the voting booths, TOPS, and the Door County Library. She loved dancing and listening to Lawrence Welk. Doris also liked to go shopping, nautical décor, and making her own hats (millinery). She took great pride in taking care of her home.

Doris and Ed were blessed with three children and shared over 42 years of marriage. Her beloved Ed passed away April 24, 1982. Doris resided in in Sturgeon Bay until the blackness of Alzheimer’s became too difficult for her to live on her own. At that time, Doris joined her daughter and son-in-law in L’Anse, MI and resided at Bayside Village Nursing Home for five years.

Her life will be honored with a Mass of Christian Burial celebrated at 11:30 a.m. on Friday, September 30, 2016 at St. Joseph Catholic Church in Sturgeon Bay with Fr. Bob Stegmann as celebrant. Doris will be laid to rest beside her husband, Ed, in St. Joseph Cemetery.

“Our family would like to thank everyone over the years who shared some time with Doris, laughed with her, loved her, worked with her, and were kind to her.  Thank you especially to the Algoma Long Term Care and Unity Hospice.”