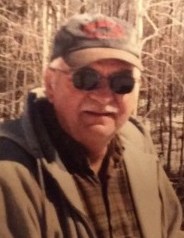 He was born in Sturgeon Bay on February 1, 1939, the son of the late Arthur and Dorothy (Jome) Wiegand. Ernie graduated from Sturgeon Bay High School in 1957. For awhile he worked at Wiegand Gas Station before enlisting in 1958 to serve his country in the U.S. Coast Guard. He married Nancy Elsie McAllister on August 21, 1958, and after 60 years of marriage, raising four children, and many ports of call, she preceded him in death on January 9, 2019. Ernie was honorably discharged on December 1, 1978 and proud to have attained the Rank of Sr. Chief. They returned to Sturgeon Bay and he worked at PBI for 11 years until his full retirement.

Ernie was a lot of fun and people enjoyed being around him. It was easy for him to have a conversation with everyone about most things probably due to his service to his country from which he had traveled, seen, and experienced many things. This past July 4th with all our gathering challenges, he was proud to ride his four-wheeler, sporting the American Flag in the 1st annual Cove Road neighborhood parade where he was emotionally touched to have neighbors salute him and honor his service along with our country’s celebration of independence.

He was a member of the Lily Bay Sawmill Social Club, and the Sturgeon Bay Moravian Church.

Preceding him in death were his parents, Arthur, and Dorothy Wiegand; wife, Nancy; daughter-in-law, Pamela Wiegand; and one brother, Douglas.

Private family services with military honors will be held. Burial will be in Tanum Forest Lutheran Cemetery.

Memorials may be made in his memory to Sturgeon Bay Moravian Church or DOOR CANcer, INC.

Huehns Funeral Home & Door County Crematory LLC in Sturgeon Bay are serving the Wiegand family. Expressions of sympathy, memories, and photos of Ernie may be shared with his family through his tribute page at www.huehnsfuneralhome.com.