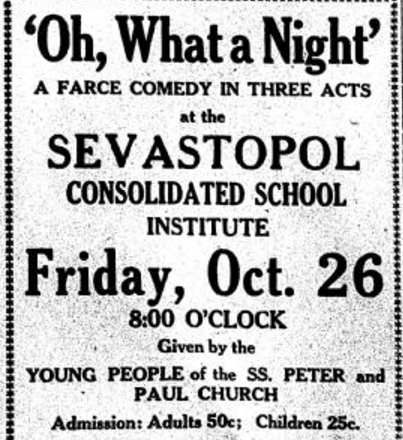 Still Working on Carferry No. 2.

The efforts to turn the capsized carferry No. 2 over again has thus far proved futile. The wrecking company has succeeded in getting the big craft off from the piles of cars on which she rested and one attempt was made to roll the craft over, but it failed. Hawsers and chains were in under the boat and fastened to the opposite side. Four tugs and a large derrick scow were used but at the critical time the ropes broke under the strain before the barge had budged.

Another attempt was to be made Tuesday or Wednesday, weather permitting. It is necessary to tow the craft out into deep water to turn her over.

All of the cars which were on the boat when she capsized have been fished up by dredges, but they are so badly broken to pieces that they are of no value only as scrap iron.

The tug J. C . Ames was in port Friday with Carferry No. 1, bound south and this morning the tug S. M. Fischer, Capt. John­son, returned with the same carferry. The Ames will go out of commission for the season, in all probability.

County Clerk Hollis Bassford urges deer hunters to buy their deer tags as soon as possible. Last year the supply ran out when it was too late to get an additional shipment from Madison. If the demand for tags is unusually heavy, more can be obtained but not if the crowd all comes in at the last day and upsets the calculations.

THIS AND THAT FROM HERE and there

Don’t forget the Hallow’een party given at the town hall October 31. On this night of mystery the B. H. C. C. requests that you be dressed in your old clothes as the funniest and most ragged will be awarded a prize by the club. Upon the entrance of the guests there will be a mysterious surprise confronting them. The problem to solve will be how to get into the main hall. You will see Madame Abijah, Liste Viator, Water-Fortune, and a midnight visit of Phantoms from Jupitor, Mars, and Hades. The club has been fortunate enough to secure the services of Madame Abijah, an Egyptian soothsayer, who will read your future. The Latin phrase Liste Viateor will no doubt incite curiosity, but it is said the game Is even more interesting that the name is curious. While this game is being played you will not only have the opportunity of seeing the beautiful scenery of Door county, but the aviator will also take you to the wonderful pyramids of Egypt. A small admission fee will be charged and refreshments will be served.

CUPID CAPTURES YOUNG PEOPLE IN ALL WALKS OF LIFE.

Door County’s District Attorney Takes a Bride – Assemblyman Johnson Married in Chicago. Other Young People Made Happy at the Altar.

The past week has been a busy one in matrimonial circles, the following Door county couples having been united in marriage:

The wedding was a quiet home affair, only near relatives being present.

The bride is an accomplished young lady of Madison, and the groom a young practicing attorney of this city, who was appointed district attorney by Governor McGovern a few months ago.

Mr. and Mrs. Sanderson will take a short wedding trip, arriving home Sunday, and will go to housekeeping in the Mrs. Tress Washburn residence on St. John-st.