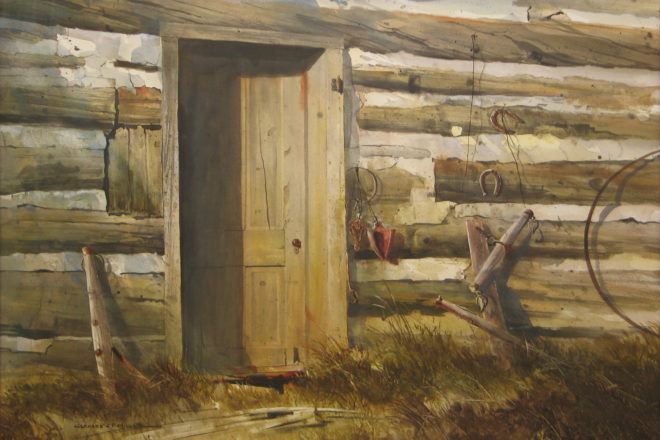 The Miller Art Museum (MAM) in Sturgeon Bay is home to the world’s largest public collection of artwork by Gerhard CF Miller, a locally beloved artist and the most influential artist Door County has known.

Miller had a distinguished art career that gained him membership in the prestigious American Watercolor Society, for which he was appointed the regional representative in 1954; the National Audubon Society; the Wisconsin Watercolor Society; and Wisconsin Painters and Sculptors. He was also included in a 1966 exhibition at the Metropolitan Museum of Art in New York. Miller was an energetic, generous, comic and endlessly creative individual whose spirit lives on today through the institution he gave to the Door County community in 1975.

Pioneer Farm was the first piece inducted into the MAM Permanent Collection, and it reflects the artist’s interests in the medium of egg tempera and the subject area of rural Americana. Miller had many fascinations that became the subjects of his extensive body of work, including scenes from his far-reaching travels, boat docks and harbors, forest floors and the distinctive environment of the Door County peninsula. Rustic cabins with shadowy doorways that are characteristic of rural Door County — as impressively depicted in Pioneer Farm — were among the artist’s best-loved subjects.

Collection of the Miller Art Museum