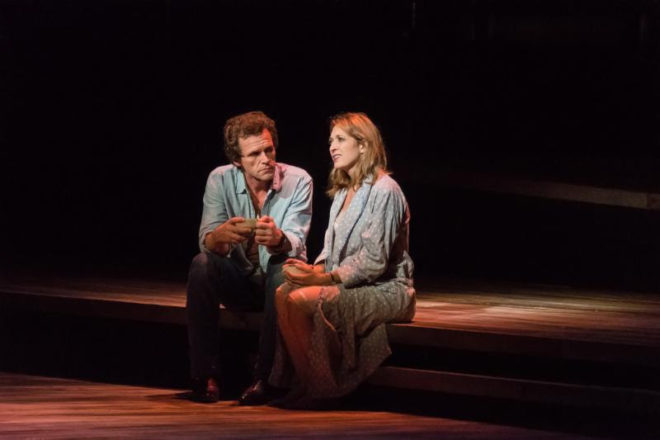 Steve Koehler and Cory Goodrich in Peninsula Players’ production of ‘The Bridges of Madison County’ on stage through Aug. 13. Photo by Len Villano.

Peninsula Players Theatre, in conjunction with its production of the Tony Award-winning musical The Bridges of Madison County by Jason Robert Brown and Marsha Norman, will host a pre-show seminar Aug. 10, 6:30 pm, at the theater.

The Bridges of Madison County first captured the nation’s attention in 1992 when Robert James Waller’s novel became a bestseller, then again in 1995 as a major motion picture starring Clint Eastwood and Meryl Streep. The film was shot on location in Madison County, Iowa and six covered bridges were featured. Nowhere else in the Midwest can so many covered bridges be found so closely grouped together, thus Madison County and the bridges have become a tourist destination.

Waller, while on leave from work, was taking a pleasure trip to photograph the famous bridges within an 11-mile radius of Winterset, Iowa. The bridges were built with covers to protect the roadway because it was cheaper to replace the boards of the roof and walls rather than replace the heavy beams of the actual bridge. The Covered Bridge Festival celebrates the bridges each fall as well as the birthplace of John Wayne. Waller’s trip was an inspiration to him and within three weeks he had finished the novel. 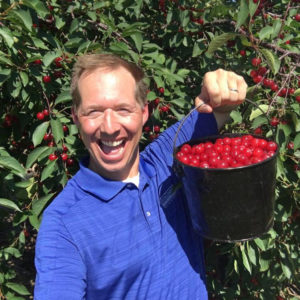 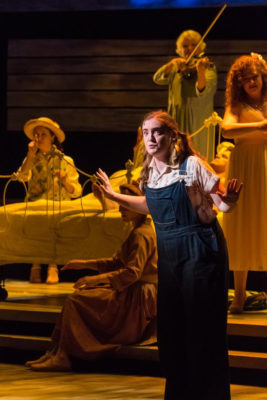 Peninsula Players will host a discussion with Jon Jarosh, Door County Visitor Bureau director of communications and public relations, as he talks about the impact of books, films and articles on destinations from a tourism standpoint.

The Bridges of Madison County performs Tuesdays through Saturdays at 8 pm and Sundays at 7:30 pm with a 4 pm matinee Aug. 13. Discount tickets are available for groups of 15 or more. Individual ticket prices range from $41 to $47. For more information or to reserve tickets, call 920.868.3287 or visit peninsulaplayers.com.