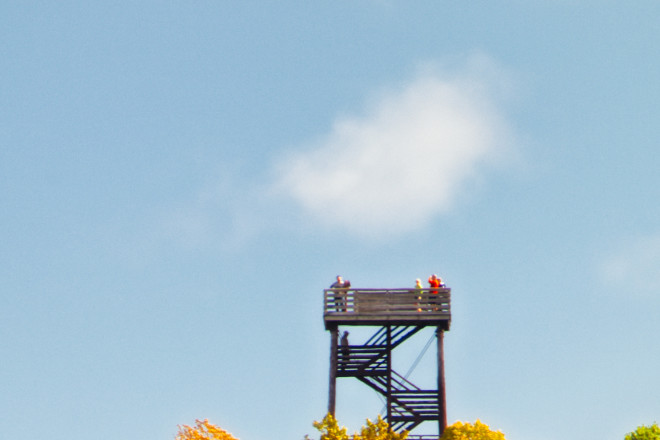 Eagle Tower is one of Door County’s most revered sites. Photo by Len Villano.

Wisconsin State Senator Frank Lasee issued a press release today expressed strong support for preserving Eagle Tower, the landmark attraction in Peninsula State Park scheduled to come down this fall. Lasee touted the tower’s importance to both the history of the area and the economic impact it has in drawing visitors to Door County.

“On July 9th I sent a letter to the DNR asking that all measures be taken to ensure that structural flaws are corrected and that Eagle Tower remains open to the public,” Lasee wrote in the release. “My office has also reached out to the Wisconsin Historical Society to explore a historic site preservation designation for Eagle Tower.

“The DNR has not yet made a final decision on the future of Eagle Tower.  To encourage the department to repair or replace Eagle Tower and to show community support, I have scheduled a public listening session for Monday, September 14, at the Old Town Hall in Fish Creek with fellow legislators, members of the DNR and other key stakeholders regarding the future of Eagle Tower.  The listening session begins at 12:30pm and will allow the public a platform to share their stories, memories and impact Eagle Tower closing will have on their business and the community.”

Lasee wrote that Peninsula State Park is one of Wisconsin’s greatest treasures.  The 3,776 acre park is the third largest state park in Wisconsin and is visited by approximately 1 million visitors annually drawing tourists to Door County and surrounding communities.

The tower was originally built as a forest fire observation platform in 1914 using logs cut in the park without the use of machinery and rebuilt in 1932.

On May 20 the Wisconsin Department of Natural Resources closed Eagle Tower following an engineering report that highlighted minor structural deficiencies.

“Over the past several weeks my office has heard from many constituents and business owners concerned about the DNR’s closure of Eagle Tower and future plans for this historic site,” Lasee wrote. “With an economic impact to the local community that totals nearly $37 million, it is essential that all park attractions at Peninsula remain open to the public.”

Lasee said he fully supports the reconstruction and, if necessary, the replacement of Eagle Tower.