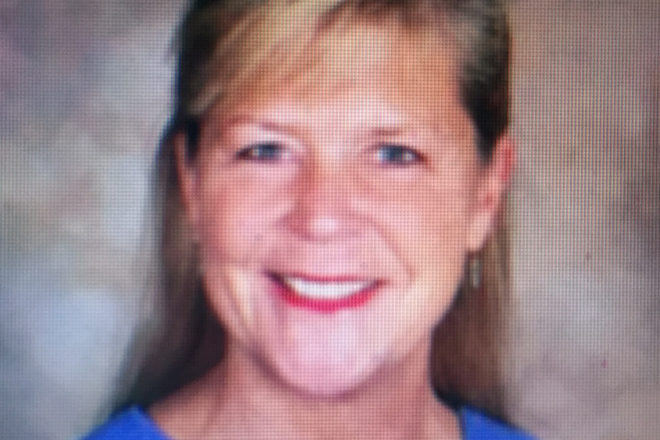 If you look at student achievement, Sevastopol School seems to be firing on all cylinders.

The State of Wisconsin ranked Sevastopol High School the 17th best high school in the entire state. Newsweek recognized Sevastopol as one of the top 500 schools in the nation. The U.S. Dept. of Education recognized the middle and high schools as one of the nation’s elite blue ribbon schools for its “positive and productive school climate…rooted in relationships of care, transparency, and respect.” In the 2014-15 and 2015-16 school years, Sevastopol Elementary was recognized by State Superintendent Tony Evers as one of the state’s high progress schools, meaning it falls “within the top 10 percent of schools experiencing growth in reading and mathematics.”

Yet on Tuesday, Aug. 23, two school board members with a total of 17 years on the board face recall after a tumultuous year at the school that saw the departure of the elementary principal, dean of students and district superintendent, as well as an earlier failed recall attempt.

“That is the best school I’ve ever worked in. The most incredible teachers. It’s an awesome school. There is nothing wrong with that school at all,” said former elementary principal Mary Donaldson in a recent interview.

So what happened to create the great divide? 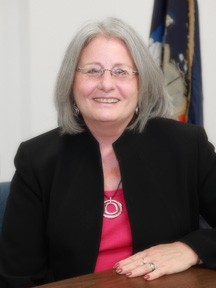 “I think somewhere along the line my relationship with Dr. Underwood, something went wrong,” Donaldson said. “She’s a good person, but something about our working relationship did not click.”

Linda Underwood is the former superintendent who resigned in July with a golden umbrella a year before her official retirement date after an investigation by the district’s attorney determined that while Underwood’s behavior might not constitute a legal hostile work environment, it was enough of a concern that the board should immediately investigate.

Despite numerous educational successes that would make any parent happy their child was attending that school and the development of deep bonds with teachers and parents, the job at Sevastopol turned out to be “death row for my career,” Donaldson said, adding that she has had at least 100 fruitless interviews since being escorted out of the school on Feb. 24.

“The first thing they want to know is ‘What happened at Sevastopol?’” she said.

Donaldson isn’t sure how things unraveled during her tenure at Sevastopol.

“There is no smoking gun,” she said.

It appears this was a clash of educational titans. Beyond all the politics of public school administration, there was a huge philosophical difference between these two strong women.

Donaldson has a free-spirited way about her that is positive, self-effacing and contagious. It is easy to see how teachers, parents and children fall in love with her.

On the other hand, Underwood comes across as the ultimate bureaucrat. She likes to run a tight ship in every way. She had a reputation at her last position as superintendent of the Goochland, Va., school district, which recall supporters say is a mirror situation of Sevastopol, for keeping a tight hold on the purse strings, which was something her high achieving elementary teachers felt during her tenure at Sevastopol.

“My teachers were making less than four years earlier,” Donaldson said. “Salaries stayed the same, benefit costs went up. I believed they needed raises, but I didn’t have that power. But did I voice it? Yes I did. I could see it if we were financially strapped, but we had the money, and we had the performance and the feedback and the increased enrollment.”

Sticking up for her teachers is part of the job, so Donaldson didn’t have any problem doing that, but she did so after already telling Underwood that she was there “to make you look good.”

“That was my goal, and I thought I was doing that,” she said. “I figure I’m set. June of 2015 was when my evaluation came. She said I was the worst principal she ever worked with. I was blown away.”

One day last December she asked Underwood and the school board to place her on medical leave. She saw where things were going.

“Part of it’s my fault because I don’t like confrontation,” Donaldson said. “In retrospect, the first time she swore at me or threw things at me, I should have marched down to the police station and reported it.”

But she did not, and now, after 33 years in education, she is persona non grata in the education community.

“I would have done anything to stay there. That’s where I was going to be the next 15 years,” Donaldson said. “When I see the division now, I feel terrible. I know Sue graduated from Sevastopol. Bill has his kids there.”

The Sue and Bill she refers to are the two Sevastopol School Board members facing recall, President Sue Todey and Vice President Bill Behme. Their opponents are Keith Volkmann, parent of two daughters who attend Sevastopol and husband of the varsity volleyball coach, and Tim Bley, a Sevastopol graduate with two children at Sevastopol and a third future Pioneer. In a joint letter to the editor, the challengers wrote: “Our goal is to reunite the Sevastopol community, restore a culture of trust, integrity, and collaboration, and encourage comments and conversation in the operation of the school board with its community.”

“There are so many layers to this, you never can get to it,” said Ben Rikkola, a spokesman for the recall group. “Aug. 23 is going to be the happiest day of my life. I don’t even care who wins. It just has to be over. It is so all-consuming for so many people, we just need our lives back.”

Rikkola said the recall was really an attempt to get an otherwise unwilling board to focus attention on the shortcomings of the superintendent.

“Ultimately, that was the reason for the recall, to get rid of Underwood because nobody could stand another year of this,” he said. “Now, she resigned July 14. The recall started May 1st, 825 signatures had already been turned in a month before she resigned. Once that process starts, you have to let it play out.”

“My wife is a very strong-minded woman who can handle a lot of things. To see her coming home in tears on a regular basis, I said, tell me the whole thing. I want it all,” Rikkola said.

That’s when he learned of the elementary teachers’ frustrations with Superintendent Underwood.

Rikkola said he was compelled to get involved in the Sevastopol quagmire by his own teaching.

“I got involved the day I was teaching a lesson on Elie Wiesel, the Holocaust survivor who recently died,” he said. “He talks about when good people stand by and don’t do anything. The light bulb went off for me. Wow, I’m being a bystander when my own wife is telling me this. Honestly, I went home the very same day and said, all right, I’m standing up for you guys. I gave a speech at the next board meeting, and once you’re in, you’re in.”

Rikkola said Donaldson’s effectiveness as an elementary school leader was proven by results.

“Sevastopol was one of 27 elementary schools in the whole state to win Academic Achievement Title 1, two years in a row. Hardly any school did that,” he said. “All the years with some other principal, they never achieved that. Under Mary, they did. She found a way to motivate them. And yes, they had fun, but they got the students to buy in. And that’s being used against them. A lot of people liked Mary Donaldson at Sevastopol. A lot of people. She had a huge network of support. We made the connection that one person was investigated for harassment at Sevastopol. One person was responsible for 90 percent of what happened, but it’s all blamed on Mary Donaldson.”

But he adds, “My group doesn’t want it to be about Donaldson. We want to say Underwood was the problem. This happened because of one person. She did it at her last school and here she did it again.”

Asked about the toxic atmosphere at the school, Underwood said, “I really never felt that. I certainly never wanted that. I’m really proud of everything they did with kids.”

Responding to the recall group’s claim that she is to blame for the tumult at Sevastopol, Underwood said, “It’s tricky. I will tell you, I have a very high sense of ethics. Part of that is that I don’t talk about, to anyone, personnel actions, what goes on that is confidential. That simply isn’t done. Of course the awkward part is that other people aren’t held to that same standard. There are a lot of claims made that I simply will not respond to because they have to do with other people’s personnel actions. Other people can say whatever they want to, but I’m held to a higher standard and I’m not going to let that go.”