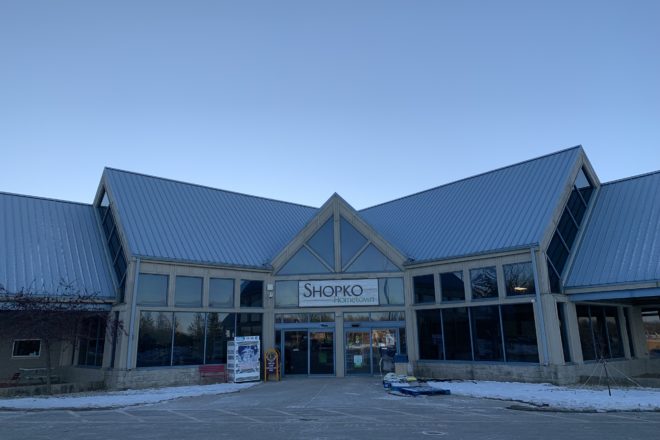 The Shopko Hometown store in Sister Bay is expected to be shuttered by June. Photo by Myles Dannhausen Jr.

“This is not the outcome that we had hoped for when we started our restructuring efforts,” CEO Russ Steinhorst said in a statement. “We want to thank all of our teammates for their hard work and dedication during their time at Shopko.”

In mid-January the company announced it would undergo court-supervised financial restructuring under Chapter 11 of the bankruptcy code. That was followed by several rounds of store closures and the closing of all Shopko pharmacies.

Rather than the auction originally announced by the company, the “retail disposition” firm Gordon Brothers will oversee the liquidation process.

The company has not released a timeline for closure, but media sources have reported that all the stores are expected to be shuttered within three months.

Shopko was founded in Green Bay in 1962 by pharmacist James Ruben. At its height it employed close to 20,000 people in 14 states. There are 134 remaining Shopko Department stores in addition to the Shopko Hometown stores.