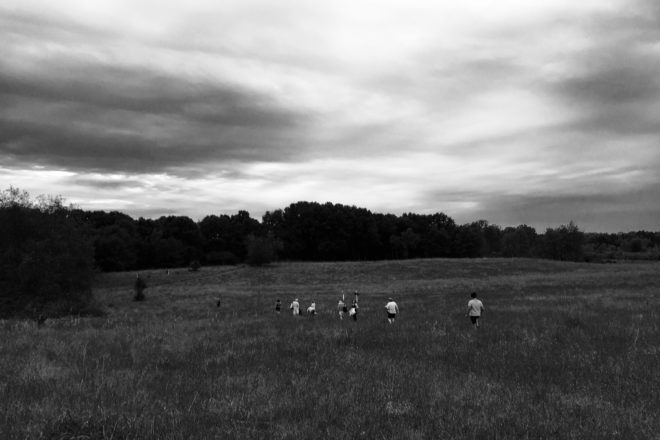 My big sister, Mallery, celebrated her birthday last week. Don’t ask her age; she doesn’t understand the question. She suggested a picnic in the woods, and the adults shrugged in agreement, because no one disagrees with the birthday girl. The little cousins however, ranging in ages from 3 to 11, were ecstatic. Our tribe of 14 was assembled, blankets and coolers were distributed, and the city-to-country caravan commenced.

When we hit the trail, Mallery took the lead, noting every tree, flower, and fungi of interest. The kids darted ahead and returned with treasures, while the adults began to relax and laugh about memories of camping with their parents. The trail went through a deep hardwood forest, and along a meandering creek, lined with iron stained rocks. It had rained the day before and every step released the smell of leaves and mushrooms. Plants and trees were discussed and admired, as everyone rediscovered a side of themselves they had not felt in quite some time. After walking for about 40 minutes, grumblings of a mutiny began, and my mom and aunt dubbed my sister, “Camp Director Nomi,” after an over zealous counselor from their youth. Luckily, the trees parted and bright yellow meadow appeared.

A wide path had been mown into the sweet grasses and asters. We followed this path up and around the endless field, until we reached the highest point, a hill, boasting a massive lone oak, and a 360-degree view of this rare southern Michigan prairie. Blankets were flattened out over sandy soils, wines were opened, and knives were placed in the cheeses and spreads. There is an instinctual security that comes along with being at the highest point in a clearing, and being able to survey your surroundings. Maybe this is one of the reasons we love to look out over our manicured lawns. 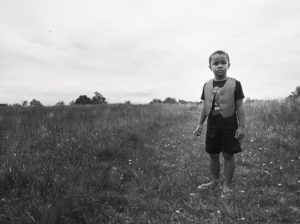 The adults settled into their picnic and the children became as wild as anything around us. I couldn’t help but to join the kids, and we immediately established base camps and gave ourselves new names: Turbo, which was later changed to Chief Jaguar, Mr. Lion, and the Nature Brothers: Metal-Head and Stone. Some ran down into the woods to collect branches and vines for a fort, while others drew up plans in a sandy area, which the grasses seemed to avoid. Thoughts quickly turned to survival and a picnic raid was planned. We attacked from all sides, grabbing cheese cubes and juice. This stirred the adults from their pastoral repast, and the packing up began.

On the way back, skilled climbers conquered trees, frogs were captured and released, and then finally the feeling of being wild and free slowly faded as we reached the gravel parking lot.

We’ve officially fallen into fall, and in case you missed it, the Autumnal Equinox occurred on Thursday the 22nd at 9:21 CST to be precise. This date also happens to be the fourth anniversary of my wife Mary and I; and if you are reading this Mary, and by chance I forgot to get you something, I love you…please let me out of the dog house now.

A stalled cold front brought us plenty of cloudy skies and rain this week. A “warm” front approaches Friday night punching the lingering cold front northward and offering some respite from the rain. Saturday will be partly sunny; with a high near 65 degrees, which is an average temperature for this time of year in Door County. The next cold front takes aim to arrive on Sunday into Monday and will provide us with a chance of showers, and high temperatures around 66 degrees.

Saturday – High near 65; partly sunny or mostly cloudy depending on how you look at life

Sunday – High near 66; chance of showers