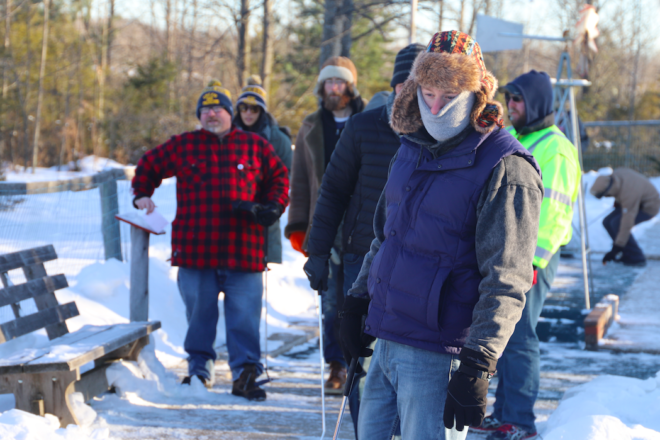 Golfers sport the latest in course fashion at the Frostbite Open at the Red Putter in Ephraim Jan. 1. Submitted.

Cal Lautenbach of Fish Creek won a playoff over John Sawyer to claim the $700 cash prize. Tyler Stengel, took third place and Ryan McCormick took home the trophy for Best Single Game with a score of 40.

The eighth annual tournament will also be the last, as tournament organizers Tracy and Chris Opper announced earlier this year that this would be the final New Year’s Day tournament. The Frostbite Open was founded by Tracy’s father Bob, who died in April.

Participants played through chilly conditions, with a high of 5 degrees. Only 61 of 75 competitors completed both rounds of play.

The Red Putter will open in early May for the 2018 season.  The next tournament will be the Red Putter Pro Tournament held Saturday, Aug. 4. 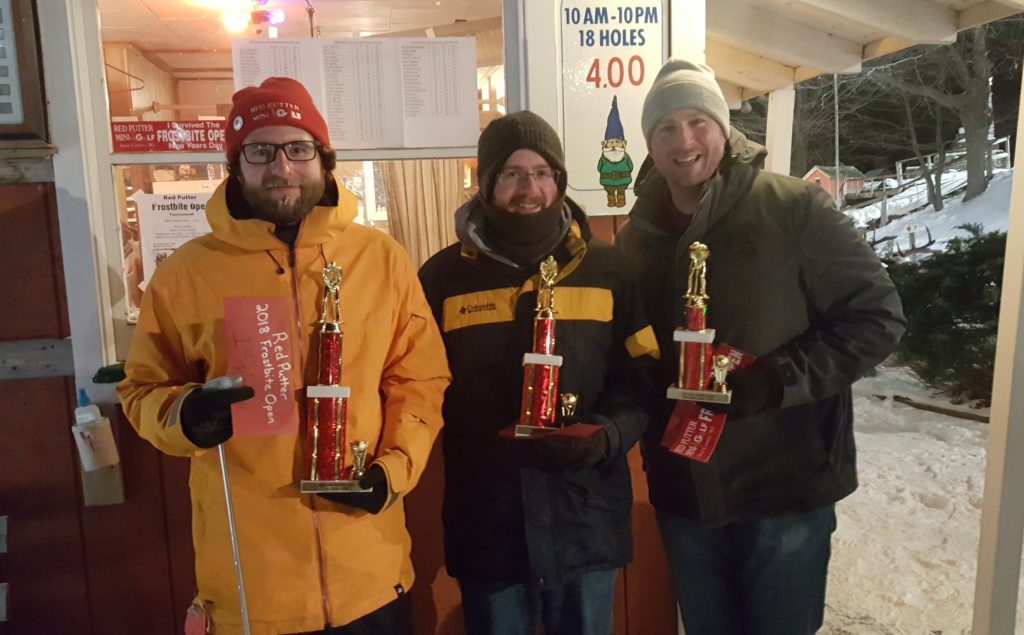