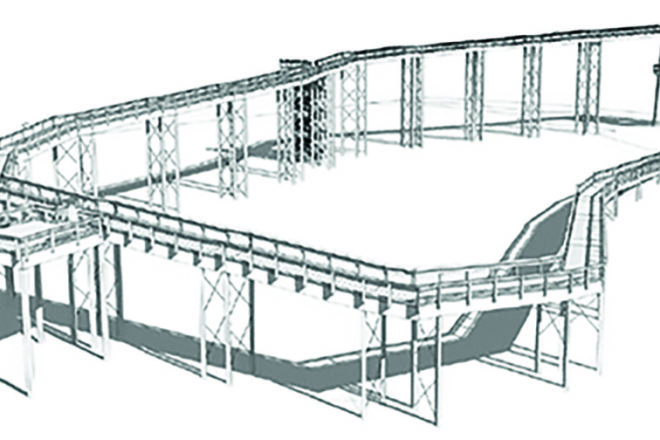 The Department of Natural Resources released a design calling for a winding, 850-foot ramp to the top of the 60-foot observation tower.

When the Wisconsin Department of Natural Resources (DNR) dismantled Eagle Tower in 2016, officials said it would be extremely expensive to reconstruct it in accordance with the requirements of the Americans with Disabilities Act. It turns out that the expense is even greater than expected.

The lowest bid for the project came in at $3.6 million – almost double the $2.07 million originally budgeted for the tower, according to Missy VanLanduyt, recreation partnership section chief of the Wisconsin DNR.

“We’re looking at a four- to five-month delay, but we’ll still begin work in late fall or early winter,” VanLanduyt said. That would mean a potential opening in spring or early summer of 2020.

VanLanduyt said bidding firms blamed tariffs on wood and aluminum for materials increases of up to 35 percent, so DNR staff members are working on changes in materials and the ramp’s structure to bring costs down. “These will be mostly minor changes – nothing impacting the aesthetic of the tower.”

Steve Strucely, business manager of the Friends of Peninsula State Park, said the group is not actively raising more funds for the tower. It raised $750,000 for the project, which the state matched with more than $750,000 from the state’s general fund.

“It looks like it’s still going forward, but just a little later than we planned,” Strucely said.

In 2018, the DNR announced plans to dismantle Potawatomi Tower in Potawatomi State Park for reasons similar to the Eagle Tower decision. The Sturgeon Bay Historical Society has hired experts to evaluate that structure to determine whether it can be restored in place.