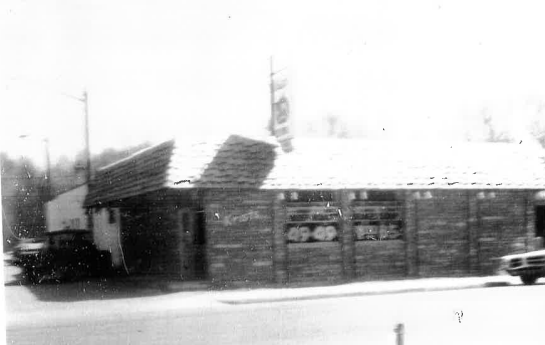 In 1960, when Keith Krist’s parents, Fred and Dorothy, bought a 30-year-old grocery store in Sister Bay that had previously been owned by the Manns and Wilkes, the Krists were carrying on a family tradition of at least five generations, stretching back to Austria and southern Germany.

Keith’s grandfather, Tony Krist, had grocery stores in Chicago. Fred and Dorothy, who had been visiting Door County since the 1930s, had a slaughterhouse, meat market and sausage kitchen in Port Washington. (In the very early days, Keith said, meat markets and stores selling groceries and dry goods were generally separate, although many meat markets eventually expanded into general stores.)

The store that the Krists bought in Sister Bay became Krist’s Red Owl, located next door to Al Johnson’s original restaurant. It was an extended A-frame that had been Orin Hanson’s IGA until Johnson bought it in 1949 and renamed it Al’s Home Cooking. (The Al Johnson’s restaurant that we know and love today was built around that little diner in 1973.)

Keith Krist came up to help in the store in 1962, but he was called back into the armed service and didn’t return to Sister Bay until several years later. Soon after that, his dad purchased Lundquist’s Hardware Store next door to expand his business. Keith remembers that they purchased a lot of produce from the South Water Market in Chicago and had a semi for hauling meat from Milwaukee.

Fred Krist also built another store on the west side of Sturgeon Bay, in the complex where the Co-op is now. In 1987, he sold it and built a new, larger store – Krist’s Foods – south of Sister Bay on Highway 42. The facility also included a laundromat.

The Krist family went out of the grocery business and leased the space to Pamida in 2007. Shopko later bought out Pamida, and the Skopko store closed in 2019.  Keith Krist still owns the building.