Situated within the grounds of The Ridges Sanctuary, the Baileys Harbor Range Lights actually replaced a failed first attempt in 1852. The first lighthouse was a circular stone structure with an iron top that resembled a birdcage. The birdcage light was situated in exactly the wrong place and probably caused more shipwrecks than it prevented. 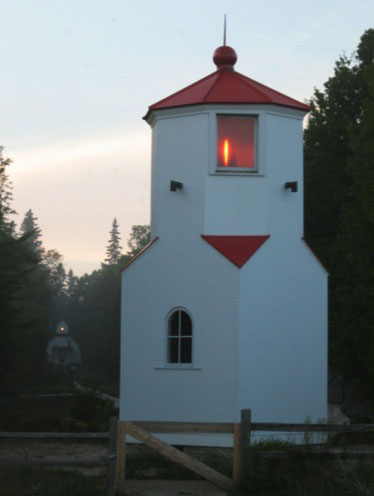 The Range Lights were built in tandem with the Cana Island Lighthouse and the Birdcage was decommissioned. Today, it is privately owned and can only be viewed from the water.

1868: Congress appropriates $6,000 to build a lighthouse on Cana Island and the two range lights.

1869: Fabien Truedell (74 years-old) is appointed the first keeper of the lights.

1875: Lucy, the wife of Marcus Shaler, is a victim of a typhoid outbreak. Shaler retires out of grief. He is replaced by Joseph Harris Jr., son of the editor of The Door County Advocate.

1896: Henry Gattie is new keeper. He was an eligible and handsome bachelor, and was so popular that his name and social doings appeared often in the newspaper’s society column.

1901: Despite the heartbreak of many women, Gattie marries Eva Hendrick in February.

1923: Gattie is transferred to Cana Island when the Range Lights were converted to an unmanned acetylene gas system. 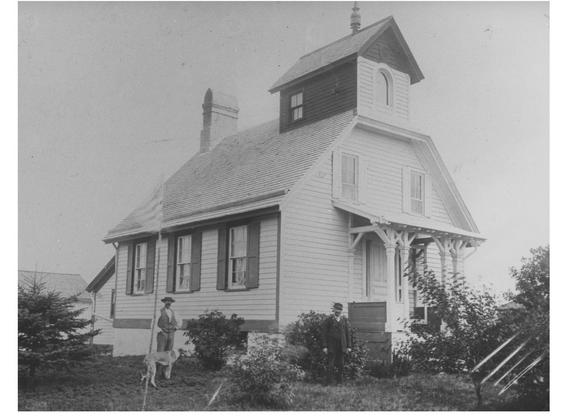 Henry Gattie (right) was the last lightkeeper in the Range Lights, serving until the lights were electrified.

1930: The lights are wired for electricity, and the keeper’s house, shuttered for seven years, becomes the parsonage for Immanuel Lutheran Church. The pastor is responsible for minor maintenance of the lights.

1934: The Bureau of Lighthouses deeds the 40-acre site to the Door County Park Commission.

1937: Emma Toft leads a protest against the building of a trailer park on the property evolves into the forming of the Ridges Sanctuary.

1944-1953: Reverend Robert Girod and his wife occupied the keeper’s house.

1955: The church’s use of the keeper’s house ended. The Coast Guard took bids for renting it to the public. Ruby Golke and her children won the bid.

1965: Care of The Range Lights was transferred to The Ridges.

1966: Roy Lukes moves into the keeper’s house when he is hired to teach middle school science at Gibraltar.

1989: The Range Lights are added to the National Register of Historic Places.

1996: New lights are installed in the lantern rooms and are lit occasionally.

2015: The Ridges received approval to “relight the ranges as private aids to navigation.”

2016: The Ridges retained preservation architect Laura Davis of Isthmus Architecture in Madison to prepare a Historic Structures Report for the Upper Range Light. 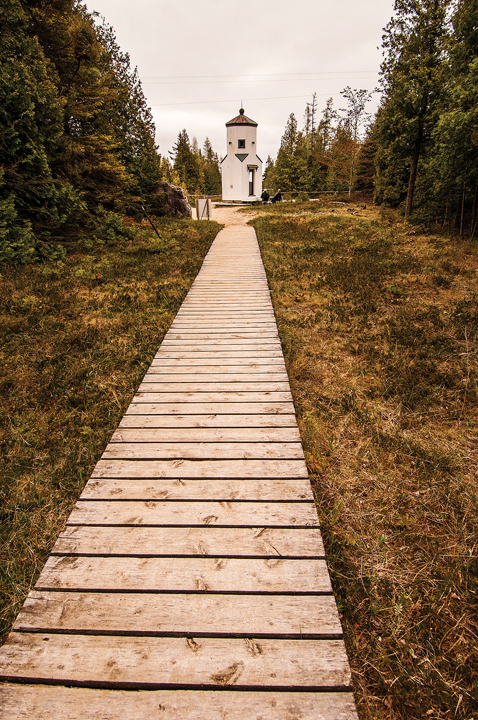 Tours are free for members and $5 for non-members (included in day pass).

The 2017 Tour Schedule will be available in April.

Henry Gattie (right) was the last lightkeeper in the Range Lights, serving until 1930 when the lights were electrified.