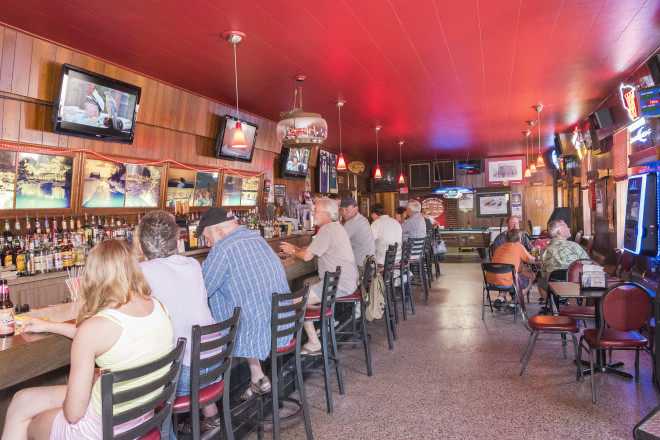 The Red Room used to be crowded with shipyard workers. Today, it’s known as a place for a good, cheap bite and as the place you know you’ll always find someone to talk to. Photo by Len Villano.

The smoke used to hang heavy in Hoffmann’s Red Room bar on a packed night, or before that, a packed morning when the third shifters would wander in from the shipyards. Those smoky days are gone in Wisconsin bars, but that’s about the only thing that has changed at the Red Room over the years.

Perched on the edge of Sturgeon Bay’s main drag, Third Avenue, the Red Room has been in the Hoffmann family for three generations. It’s acknowledged by most as the city’s defining bar, if not by itself, then in the company of Poh’s and Greystone. A few years back the bar was featured in the book Tavern League:  Portraits of Wisconsin Bars by Carl Corey. In a photo, Nick Hoffmann stands behind the bar, flanked by the familiar row of backlit photos of Sturgeon Bay – the Steel Bridge, the canal, and the frozen bay from high above.

“I call Sturgeon Bay the big city; it has streetlights,” said Kathy Faulds, a longtime bartender at the Bayside Tavern who lives in Sturgeon Bay. “Sturgeon Bay’s a working town. You go out to the Red Room in jeans and a sweatshirt and have a Bud Light at the bar and that’s your daily thing.”

“It’s the place, like Poh’s and the Greystone, that people go to on New Year’s Eve and Thanksgiving when people are back in town and want to see friends,” says Brian Flanigan, who has been inside nearly every bar in Door County, delivering Budweiser for the family business, Flanigan Distributing. 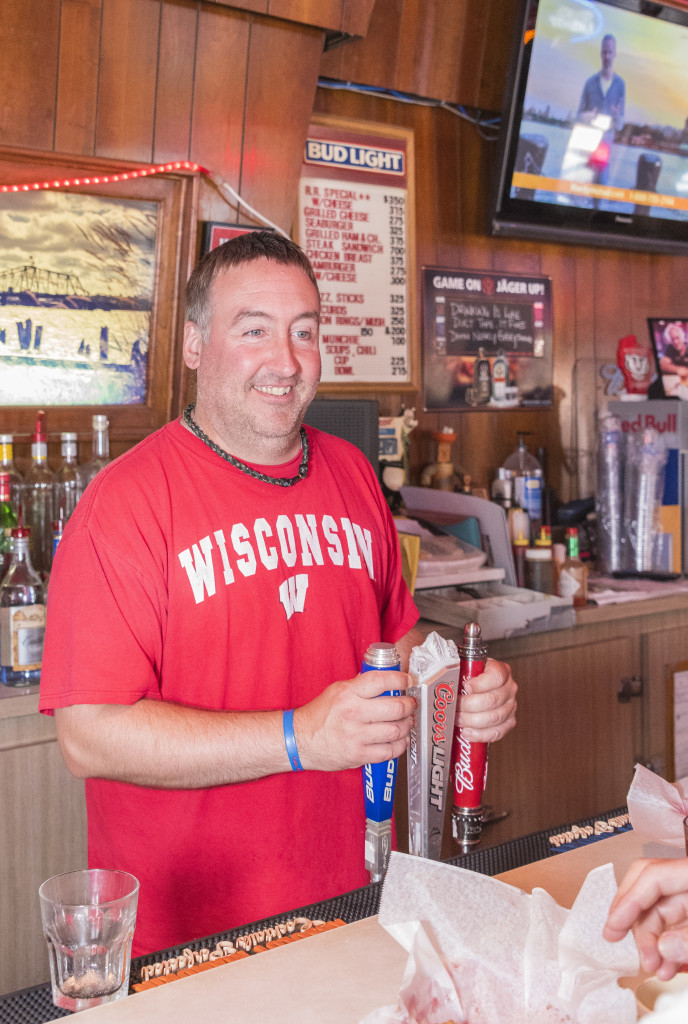 Joe Hoffman is part of the third generation of Hoffmans to run the bar. Photo by Len Villano.

Flanigan has seen many hot new bars come and go, but the city’s mainstay bars stand the test of time with a simple formula.

At the Red Room you can still walk in the door with $20, buy a round for your buddies, have a few yourself, and walk out with a couple dollars still in your pocket. You’ll see bankers, shipyard workers and welders, all shooting the breeze, catching up on the news of the day, and adding their two cents.

And you can come back tomorrow or in 10 years, and know it will still be the same.