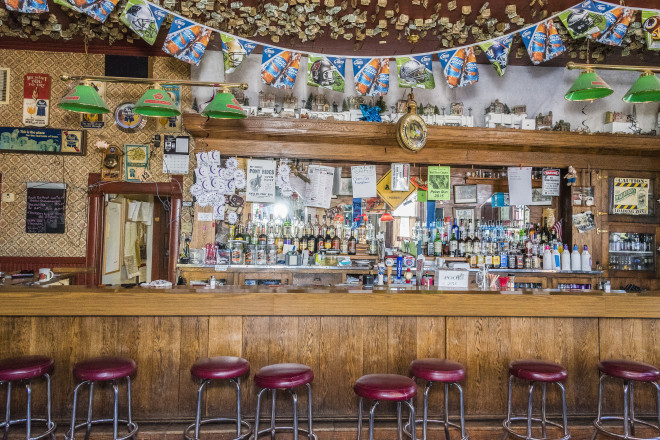 Dolllar bills have stuck to the ceiling at the Institute Saloon for more than 40 years. Photo by Len Villano.

“Oh, yes,” he said. “I’ve seen shadows. It’s made the hair on the back of my neck raise. I’ve had other bartenders at closing time hear strange things that startled them.”

You won’t hurt Schartner’s feelings if you don’t believe that the Institute Saloon is haunted.

“You can believe it if you want. Some people find it far-fetched,” he said. “When the ladies room door opens and closes, people have said, ‘How do you rig that?’ I don’t rig it. It just happens.”

Haunted locations are all the rage these days thanks to “reality” TV ghostumentaries. The Institute Saloon was one of the subjects of investigation by the Southern Wisconsin Paranormal Research Group, who made an independent film called The Ghosts of Door County that aired in the local movie theater the fall of 2013. 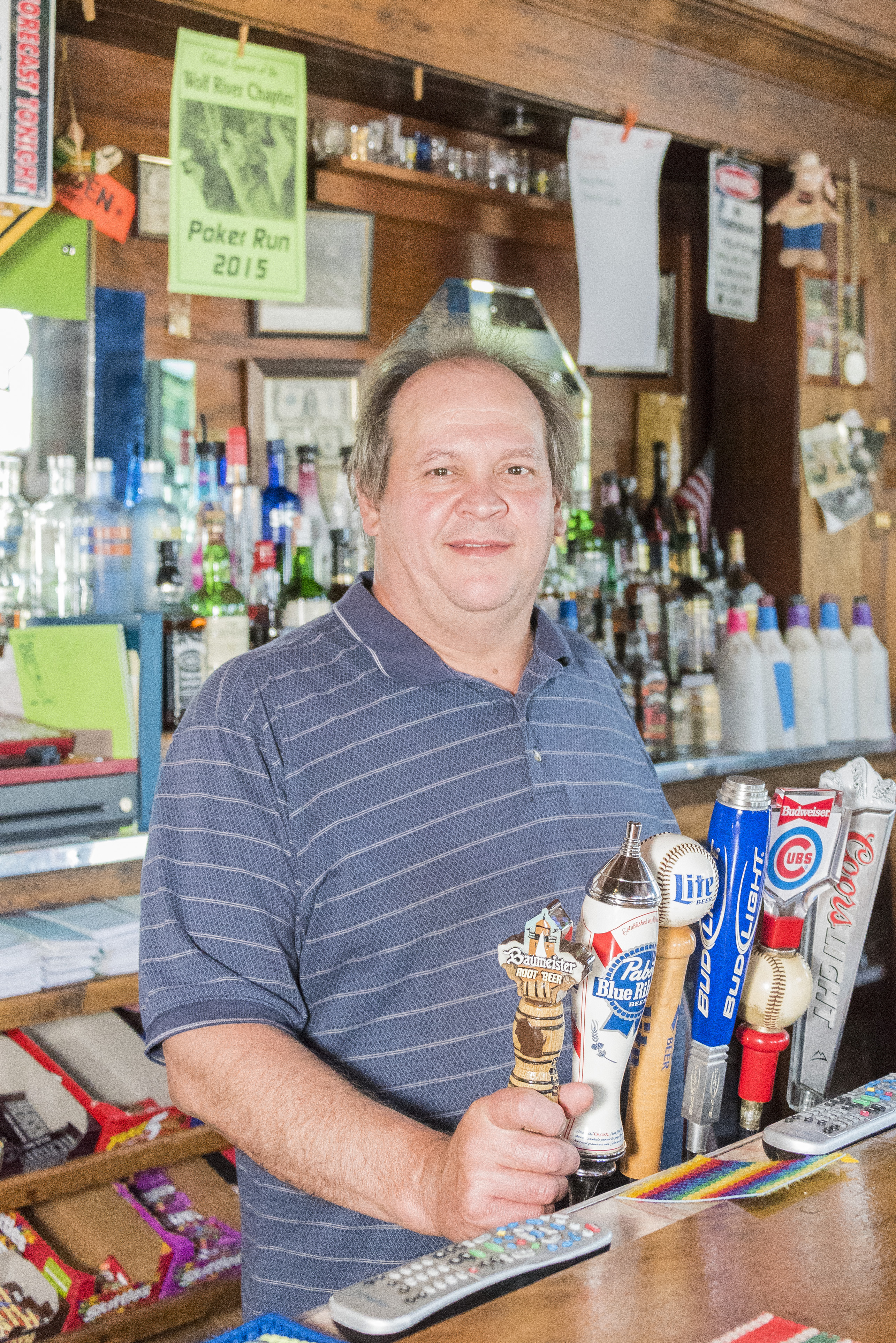 Schartner hasn’t seen the movie, but he knows the word is out that the Institute Saloon is haunted.

“I have people come who ask to know what I know,” Schartner said.

What he knows is that the ghostly energy people experience might be Mabel, who owned the Institute from the 1950s until 1992.

“I’ve had numerous women come out of the ladies room because they’ve seen Mabel,” Schartner said. “We figure it’s Mabel. She used to hide vodka bottles in the toilet tank to keep them cool, and she’d have a little nip.”

One website that tracks Wisconsin haunted locations has a “bartender” at the Institute Saloon regularly finding empty vodka bottles in the toilet tank.

It doesn’t really matter. You do not have to believe in ghosts to feel the weight of history in the Institute Saloon.

Comb through the newspapers of Wester’s time and he and his family’s concerns are often noted: Where Mrs. John Wester spent the weekend; the fact that Wester was building a barn that could hold 20 horses; Mrs. Wester eventually went blind; Mr. Wester sold his farm because of that. With all their comings and goings noted in newspapers of their time, they were obviously among the movers and shakers of their day.

The Institute Saloon also served as the Institute Post Office until 1906, when rural mail delivery was instituted. By then, the saloon was under the ownership of John Moore, who added a large hall that served as the gathering place for weddings, anniversaries, birthdays, graduations, and whatever anyone wanted to book the hall for. As the plaque erected just outside the front door in 2008, courtesy of the Door County Historical Society, tells us, in 1912, under the new ownership of Joseph Petersilka, “wrestling matches and square dancing were held for the community July 4th celebrations.” 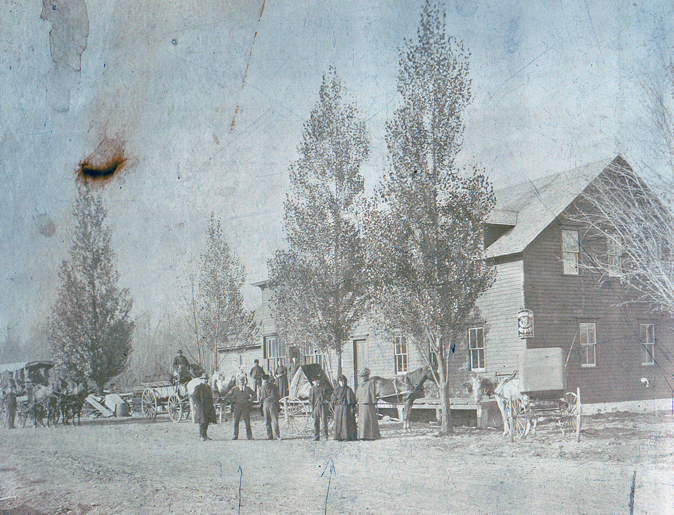 The Institute Saloon has manned this corner on Highway 57 for 120 years and was once the local post office.

That same plaque says, “The location is enhanced by Door County’s largest Eastern Cottonwood tree. It stands over 100 feet tall, with a circumference of twenty-two feet one inch and having a crown spread of ninety-seven feet as of January 2007.”

But there aren’t many taverns in the world that can exist on history and large trees alone. Something else has to keep the spirit going.

“I enjoy listening to the stories and getting in on the B.S.,” said Schartner, who has co-owned the saloon for almost 21 years. “It’s part of it. There are a lot of stories that come around.”

Aha! Is that the secret to a tavern’s longevity? Engaged owner/bartenders?

Dennis Schartner does not pretend to be a philosopher, but when asked what he thinks has kept the Institute Saloon a viable business through three centuries, he doesn’t have to think about it for long.