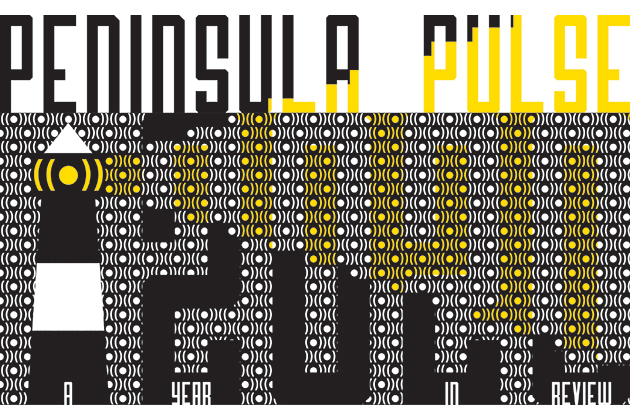 Nowhere was the idea of a Door County character encapsulated better than in the man known only as Digger. James “Digger” DeGroot was Fish Creek’s unofficial mayor, earning his stripes first at Peninsula Players Theatre, then as the founder of Digger’s Grill, and finally as the mainstay at the Fish Creek Information Center. The town is a lot quieter since he died Feb. 6. Read more>>

For Harvey Malzahn, who died July 30 at age 86, community service was a way of life. A charter member of the Door County Environmental Council, Malzahn also served on the Door County Board of Supervisors for 16 years, including six as its chair. “He pushed, but pushed intelligently,” remembered Bill Bertschinger. Read more>>

In spite of multiple recurrences of cancer, sculptor Deb Dendler remained hopeful and optimistic. “I had the experience several times of thinking I only had a short amount of time left,” Dendler said in 2015. “I was like, ‘Okay, I’ve got six months to live. What do I want to do? Well, then I want to goof around. If I’ve got two years to live, then I want to get some sculpture done.’ It was very clarifying.” She used much of that time to sculpt poignant, moving interpretations of the human condition before succumbing to breast cancer Sept. 23. Read more>>

Construction-industry giant Oscar Boldt not only had a hand in building many of the peninsula’s most recognizable buildings, but he also made a large philanthropic impact as well. His influence was particularly felt in Ephraim, where he worked quietly to preserve the history and aesthetic of a community he loved. Boldt died June 9 at age 96. Read more>>

Bill Harder spent much of his eight years as president of the Door County Maritime Museum, stewarding the construction of the 10-story, $5.5 million Maritime Lighthouse Tower: a symbol he hoped will become a new icon on Sturgeon Bay’s West Waterfront. He died June 4. Read more>>

McMullen spent a career in education, including many years of service on school boards in the Chicago area. After moving to Ephraim in 1989, she shared her love of quilting as an instructor at The Clearing. “Women who create or work together become closer to each other,” she told Pulse writer Gary Jones in 2008. “They share not only their creativity, but also their concerns about things going on in their lives. And they support each other. It’s a positive, sympathetic source of friendship.” She died of complications from COVID-19 at age 94 on Dec. 3. Read more>>

In 1953, June and Bud Birmingham bought Geitner’s Resort from her parents and renamed it Birmingham’s Bar and Cottages. During the next 67 years, they turned it into part of weekly life for the hundreds of customers who slid onto a barstool for a white-bread cheeseburger or pulled up a chair for a Friday-night fish fry. June was integral in the bar’s operations well into her 90s. She was 97 when she died Jan. 24. Read more>>

For 51 years, you could find Bob Mueller in the center of Egg Harbor at Mueller Bros. gas station, which he and his brother founded. He also served as supervisor for the Town of Egg Harbor and spent 21 years as Egg Harbor fire chief. Bob established the first responders in 1971 and also helped to start classes for using the jaws of life. Mueller died Jan. 7. Read more>>

Mike Kelsey Jr., former president of Palmer Johnson, had boating in his blood. As a kid, he loved to spend time at the shipyard with his father, happy to take on jobs small and large. He ascended to president in 2004 and was known for his appreciation of the welders, woodworkers, pipefitters and other craftspeople at the yard. He succumbed to cancer Jan. 7. Read more>>

Brothers Donald (right) and Wally Bittorf started with a show at the Carlsville Bar. Sixty years later, they were still at it, playing country and western music together up and down the peninsula until they literally couldn’t play any more. Donald died Oct. 25 at age 84, just a couple of months after playing a final show at Simon Creek Winery. Read more>>

Longtime Southern Door teacher and football coach Richard Fahey was remembered by his former players and students for his passion for coaching and teaching. He lost his battle with cancer Dec. 2. Read more>>

A co-founder of what is now Northern Sky Theater, Gerald Pelrine is credited with creating the name under which the organization earned its reputation – American Folklore Theatre. Pelrine died of a heart attack Jan. 15 at age 64. Read more>>